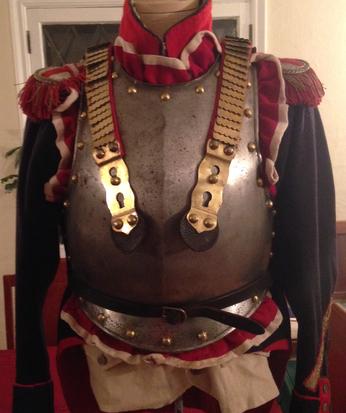 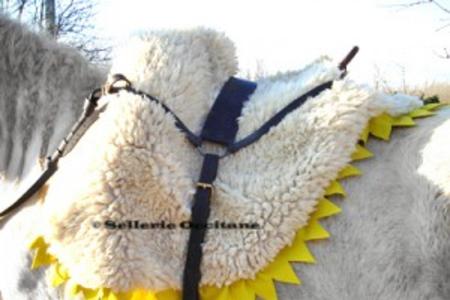 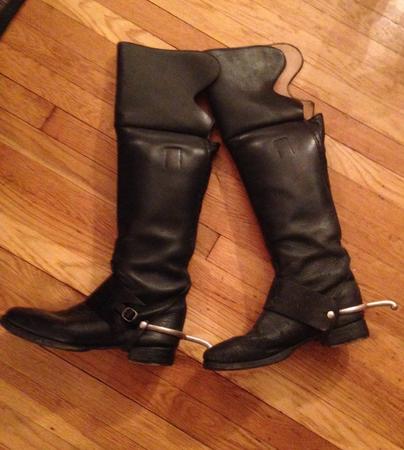 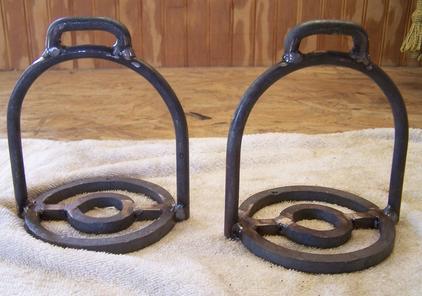 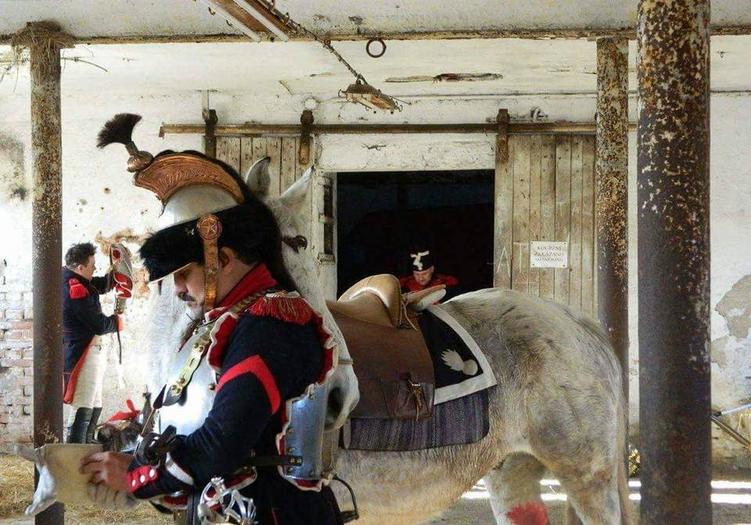 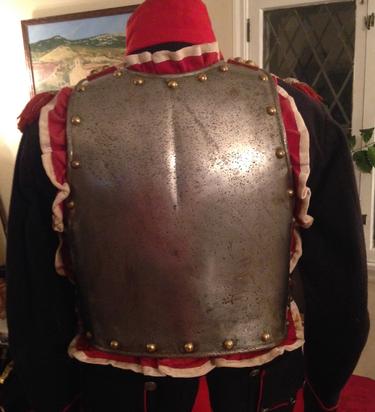 UNIFORM
The uniform of the French cuirassiers was worn by 14 cuirassier regiments of the Grand Armee between 1802 and 1815. It is characterized by the wearing a breastplate, and a crested helmet. The trumpeters didnot wear armor. Each regiment was identified by a distinctive color present on different elements of the uniform, as the collar or tails. Between 1803 , the year of the reorganization of a part of the cavalry and 1815, the uniform underwent changes both in the cut of the coat, the regimental colors and in improvements of helmets and breastplates .

Habit-veste
Model 1806 habit-veste:  It was worn during the Prussian and Polish Campaigns of 1806 and 1807.  It is similar to the model 1803 tunic, but with the addition of lapels with the regimental color.  In the case of the 3eme, red.   There is no logical or practical reason for the lapels (although some would say that it looks nice with the lapels) as the lapels got destroyed by the friction with the front plate.

Model 1812 habit-veste: In 1809, a new coat was developed.  The coat has 9 large pewter buttons with the regimental number in a single row down the front.   as the 1806 model, it has mid-Thigh length tails that were short enough not to interfere with the ridding.  The regimental color was used on the collar and turn backs.


Cuirass
French Cuirassiers wore a heavy iron cuirass, which consisted of a breastplate and a back plate to encased the trooper's torso in armor but leaving the arms unencumbered and free for action.


Boots
The Cuirassier boots are of the model called "à l'écuyère", of black leather with knee pads and spurs. The height of the boots is determined such that in the sitting position , the upper edge of the toggle is in the line of the thigh. Under his boots, the cavalryman wears wool socks and knees , a sleeve protects the bottom of the pants from  rubbing against them.

The main headgear of cuirassiers is the helmet , inspired by the model of the dragon regiments.  But the main body consists of an iron top, surrounded by bear leather and topped by a crest copper on which a horse mane was set.. The crest was decorated on the front with a Medusa mask and a shield with the regimental number.  The visor , was originally black leather bound with metal.  It has copper jugular on each side of the helmet.   The served to keep the helmet on the head and protected the trooper against saber cuts. A red plume was fixed on the left side of the helmet.

Placed behind the saddle , it contains clothing and care items for the trooper.  ( The coat also goes folded on the top) The sides contain the number of the regiment in the corner . 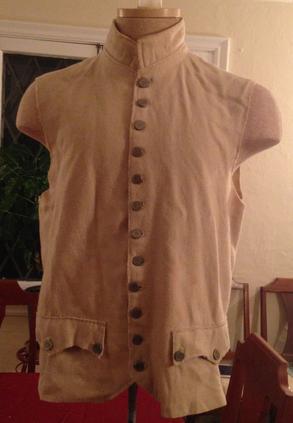 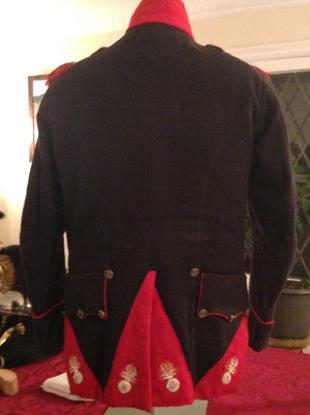 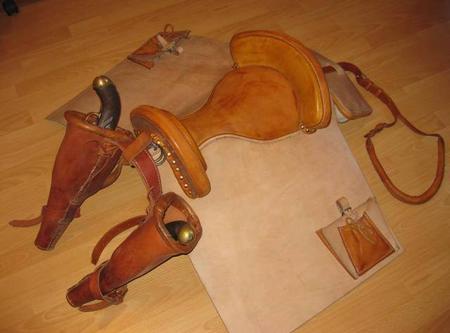 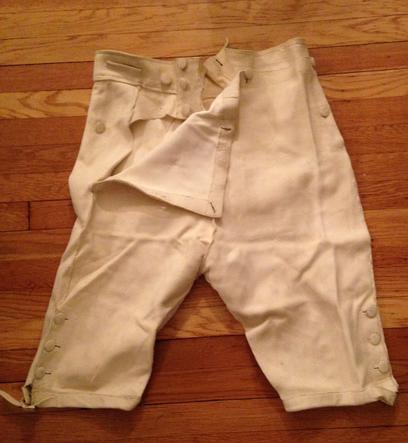 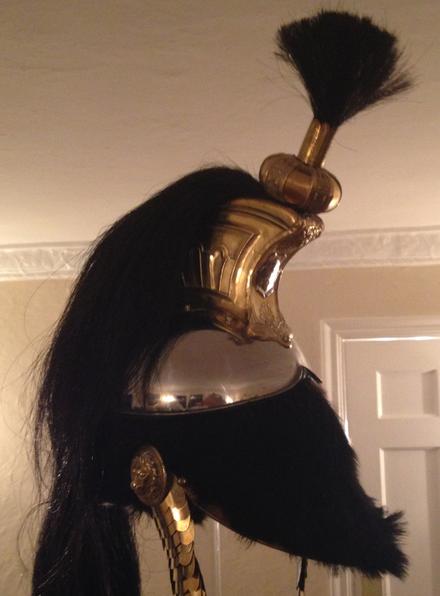 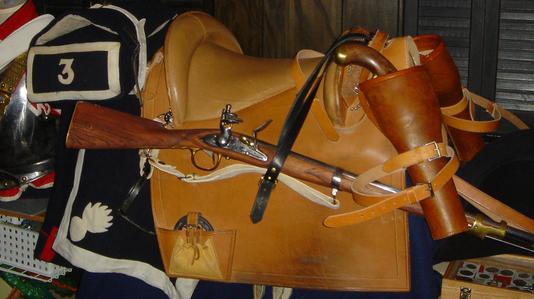 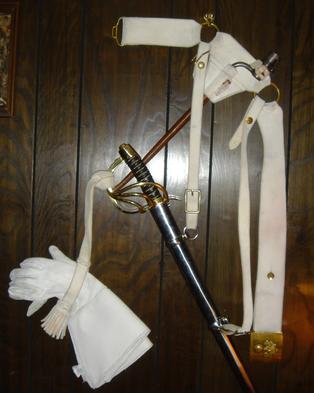 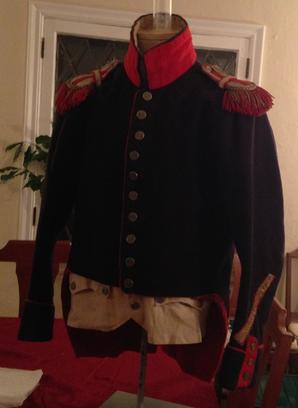 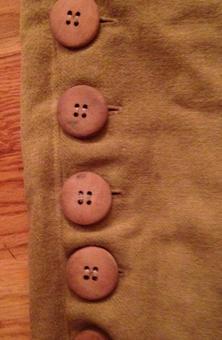 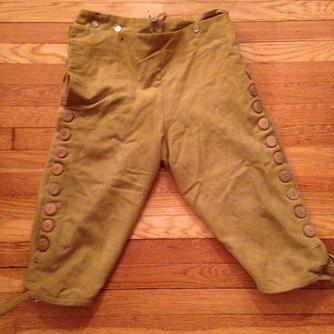 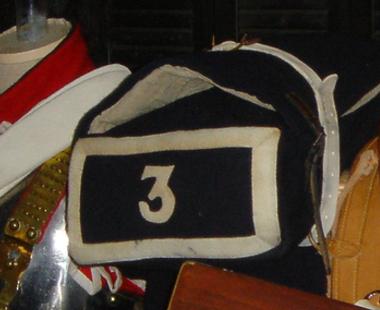 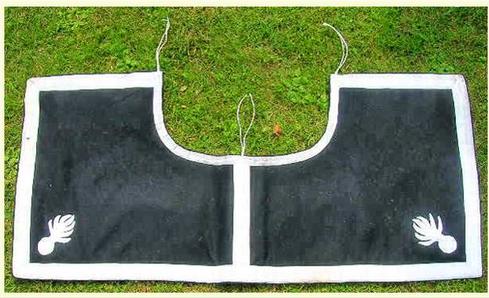 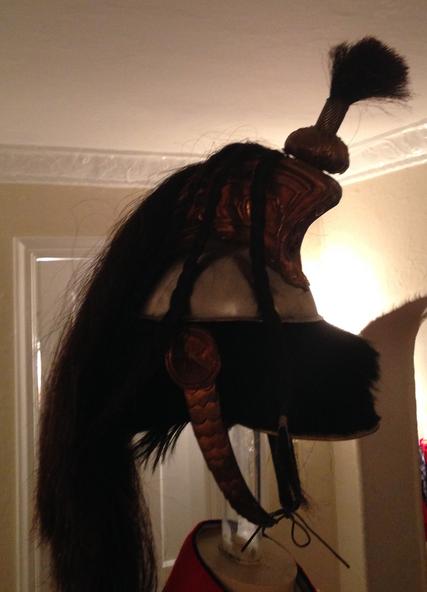 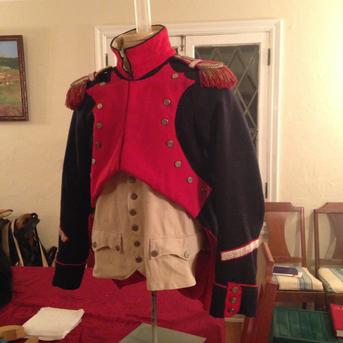 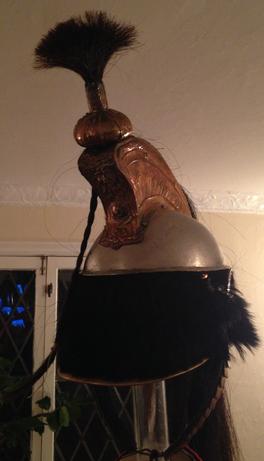